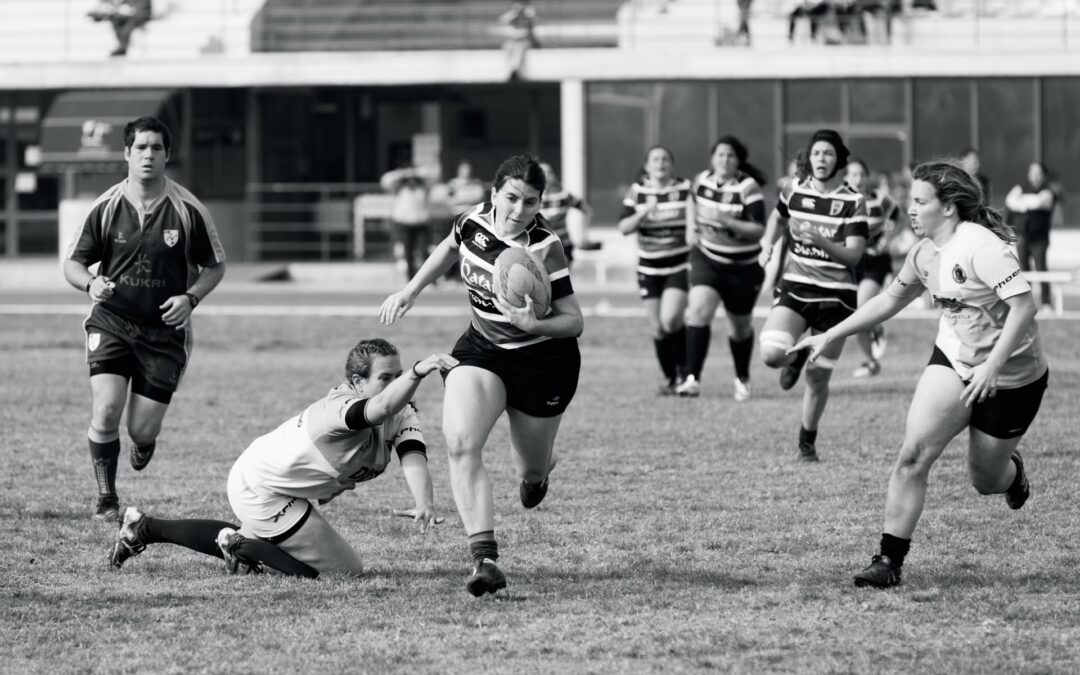 Sport is popular, crosses many different cultures and a language that people all over the world can speak.  It can be a lucrative business for athletes, sponsors and the media.  But is there gender equality in sport?  Despite sports global appeal, there is still significant gender bias toward male participation, prize money and endorsements.

The biggest show in amateur sports scenario is the Olympic Games where, traditionally, women were not allowed to participate in the Games, which were exclusively for men. The first modern Olympic Games were held in 1896 in Athens, Greece. However, only men were permitted to compete. It was considered by Olympic organisers that the inclusion of women would be ‘impractical, uninteresting, unaesthetic and incorrect’. Four years later, at the 1900 Paris Games, women were only permitted to compete in limited events: lawn tennis, golf, croquet and sailing. In subsequent games, the restrictions on women competitors have been progressively relaxed – NLA.gov.au

Female participation in the games has improved significantly over the years, almost doubling since the mid 1980’s.  Interestingly, female participation at the Youth Olympic Games over the last 10 years has been close to 50% and has remained relatively stable during that time. 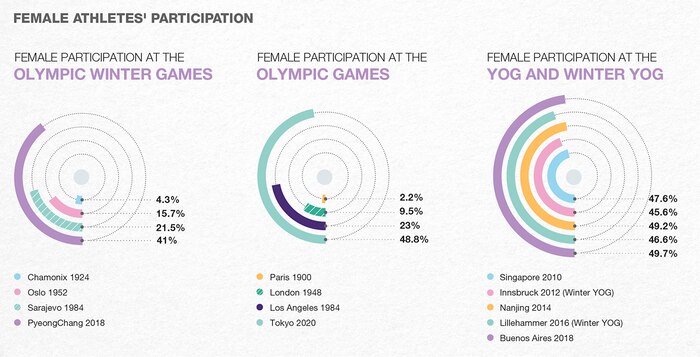 Despite the fact that female participation in the Olympic Games currently sits at close to 50%, and that sports such as AFL, soccer and netball continue to grow in terms of female participation, inequality remains a significant issue in areas such as funding and media coverage. A study in 2010 showed that of all sport-related coverage in the Australian media, only 9% related to women’s sport. The lack of media coverage of women’s sport around the world has presented challenges to female participants in several areas, including providing fewer role models and making it more difficult to acquire money from sponsors.

Photo by Luis Villasmil on Unsplash

Another issue in women’s sport is the matter of equal prize money and endorsements.  In many professional sports women continue to earn less money than men, despite the equivalent amount of work they put in.  In fact, some female athletes must work full-time jobs to support themselves whilst also pursuing a full-time athletic career!  Of the 100 competitors who made the Forbes top 100 highest paid athletes list of 2020, only two female athletes made the cut.  Naomi Osaka was ranked number 29 whilst Serena Williams number 33, clearly demonstrating the disparity between male and female earnings in professional sport.  According to Anaya Alvarez from the Guardian “We are told female athletes are paid less than men because they generate less money. But that will always be the case if women’s sports aren’t marketed properly.”

Another challenge for female sport is lack of engagement. Globally there is often a gender bias in sport, with females participating less than their male counterparts. Women and girls’ decisions to engage and participate in sport, active recreation and physical activity is heavily influenced by a complex value system which fluctuates according to age and the life stage of the individual (SPRINTER Research Group, Sydney University).

The Martial Artist and Instructor Kaela Banney mentioned that: “it is so hard to find girls to train with, I never had the experience to train with different girls in the same weight division. So, it was hard; I was always training with the guys; they are bigger; they are stronger and was always hard to be confident in yourself because of the lack of parameter.”

Another Jiujitsu practitioner Sandra Ramos stated that “sometimes the boys feel uncomfortable rolling with girls, having contact with us.”

With this, we still have a long journey before mentioning gender equality not only in sports but in real life.